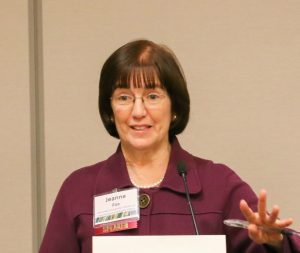 For many years, New Jersey’s transportation, energy and water infrastructure has not kept pace with the urgent demands of its 21st century industries and population.  Clearly, a major challenge for the state will be how to generate new funding for critical infrastructure upgrades when it is already facing large-scale fiscal problems.

That challenge was explored in depth during the 2019 Redevelopment Forum by a panel of leading infrastructure and policy experts including Jeanne M. Fox of Columbia University; Richard Keevey of the Bloustein School of Planning and Public Policy at Rutgers University; Anthony Attanasio from AECOM; and Chris Sturm from New Jersey Future, and moderated by Lester E. Taylor III, Esq., of Florio, Perrucci Steinhardt & Cappelli LLC.

Despite this bleak outlook, there are efforts already under way to find long-term solutions. Speakers noted opportunities for progress, including: