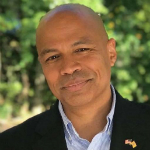 Michael Soriano was elected in 2017 as mayor of Parsippany-Troy Hills, the most populous municipality in Morris County and a major employment center.  He grew up in Queens, New York, and moved to an apartment in Parsippany in 2002. Like many renters in the township, he and his wife chose to remain in Parsippany to raise their family and moved to a home in the Lake Hiawatha section a few years later.  He is a second-generation electrician, and has served as both a foreman and superintendent on dozens of projects throughout New York City. He brings strong management experience to his role as mayor, which he uses to carry out the functions of municipal government affordably and efficiently.

What Happens to the White Elephants When the Circus Leaves Town?